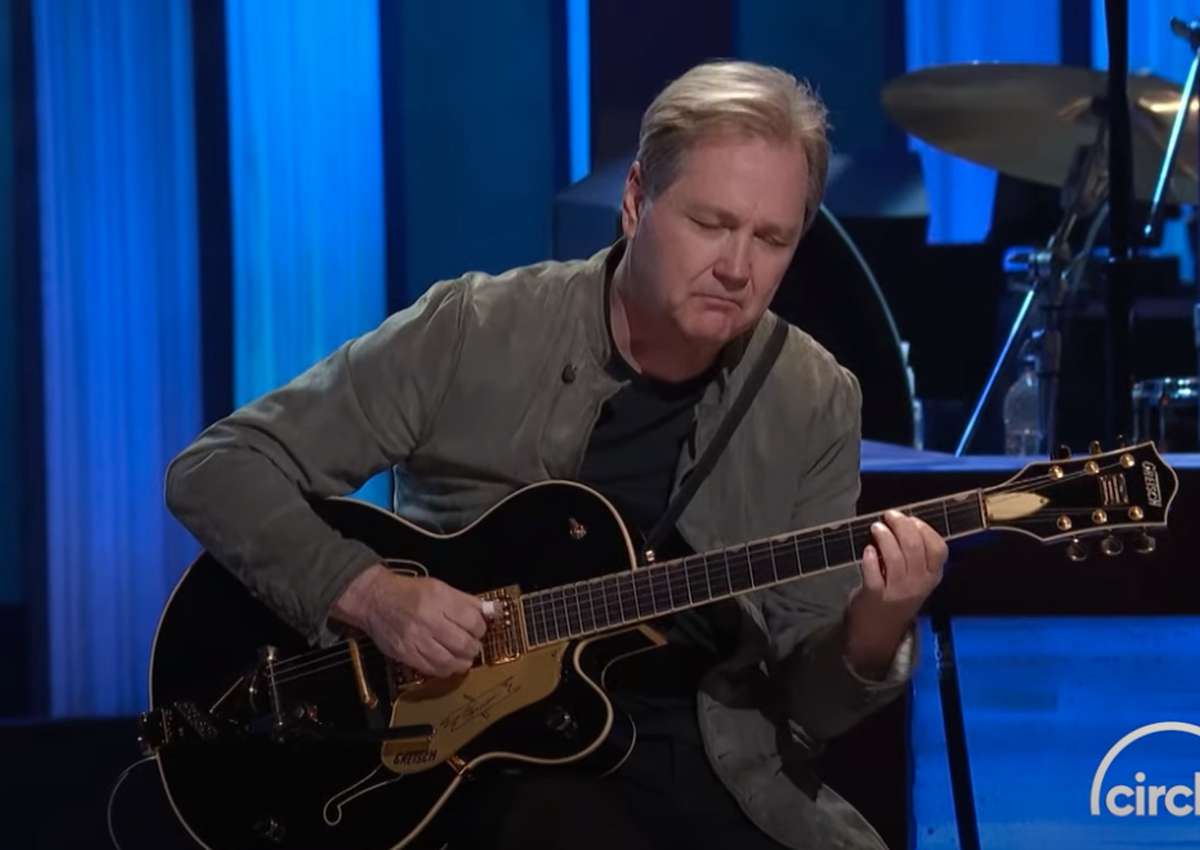 The G6120T-SW is thus loaded with specs that cater to a multitude of playing styles. The closed F-holes reduce feedback without sacrificing tone when played through high gain amps, while the bare-bones control layout is a practical approach to dialing in the voice of the TV Jones TV Classic Plus bridge pickup and TV Jones Paul Yandell Duo-Tron neck pickup.

“My first thought was simple,” explained Wariner. “I have Gretsch guitars now that I still go, ‘I don’t know what that does.’ So, I said I want simple; a master volume, a master tone and just a selector. Gretsch was incredible. I asked them for some crazy stuff that I can’t believe they went along with.”

Warnier drew inspiration from his favorite Audi for the stately Magic Black finish, which is a flecked with gold.

“I have a car that has a black metal flakey kind of color and I was kind of looking at that,” said Wariner. “I kind of tweaked from there and took it up a couple notches with the gold. If you look, it’s very subtle but it has metal flakes in it. They made me a couple different tops and would send them to me. I’d go, ‘No, that’s not it,’ and send it back. We went back and forth for almost two years on this!”

Watch Wariner in the full Rig Rundown episode below.