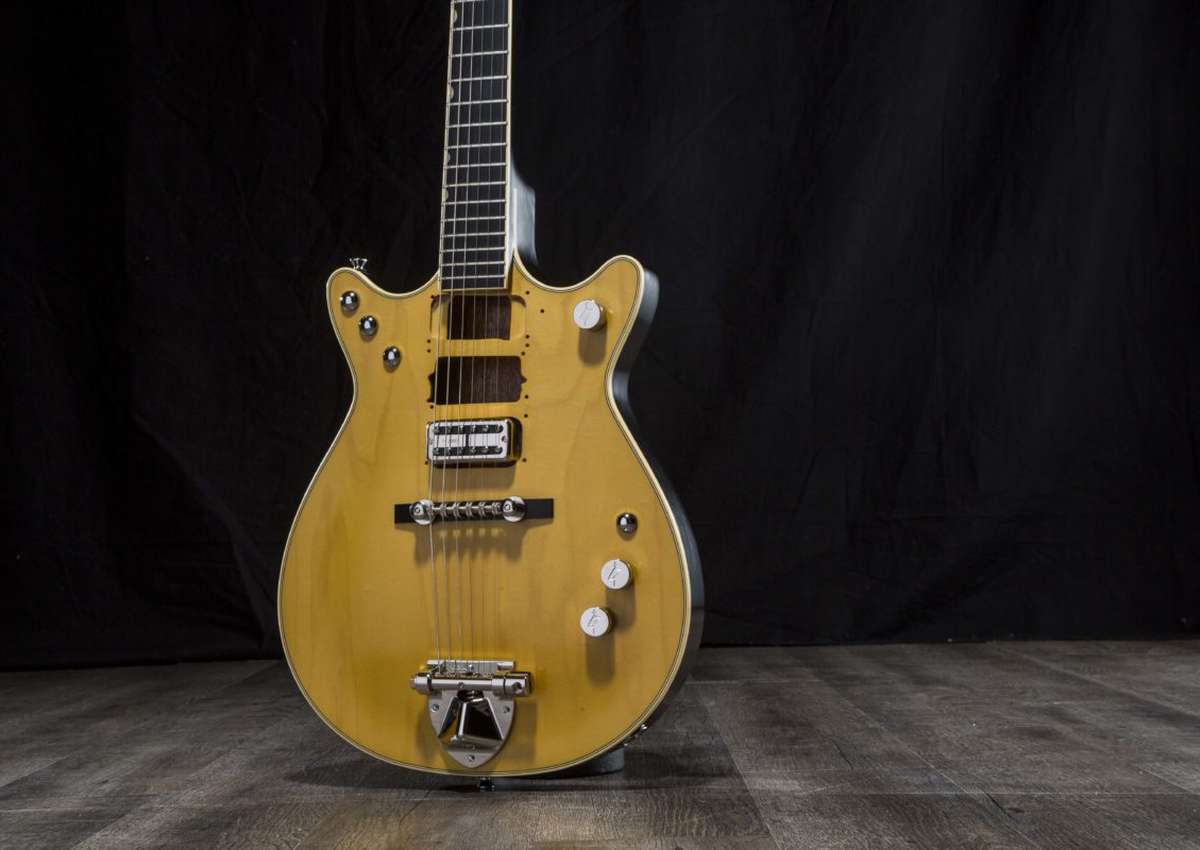 In the June issue of Guitar World, the G6131-MY Malcolm Young Signature Jet scored the Platinum Award of Excellence, with reviewer Chris Gill marveling at the acute attention to tone and detail in recreating one of rock ‘n’ roll’s most iconic axes.

“From the very first second I plugged the Malcolm Young Signature Jet into a Friedman Dirty Shirley and struck an open A chord, I was greeted with the most satisfying ‘eureka!’ moment of my tone chasing career,” mused Gill. “This guitar nails the subtlest nuances of Malcolm’s tone like nothing else I have ever played before.”

The split coil of the TV Jones Power’Tron bridge pickup radiates the iconic gritty and percussive snap central to AC/DC’s sound. However, Gill notes the tonal landscape of the G6131-MY stretches beyond classic rock ‘n’ roll.

“Malcolm fans aren’t the only players who should consider this axe … it offers outstanding playability and an alluring full-range voice that makes it an excellent option for playing a variety of styles, including country and blues,” wrote Gill.

“The most notable feature of the G6131-MY is that it’s a dead ringer for Malcolm’s original ‘Beast’ with the same empty pickup cavities, screw holes and chrome switch/control designs,” he wrote.

Pick up the June issue to read the full article, and get more product info on this sig model here.