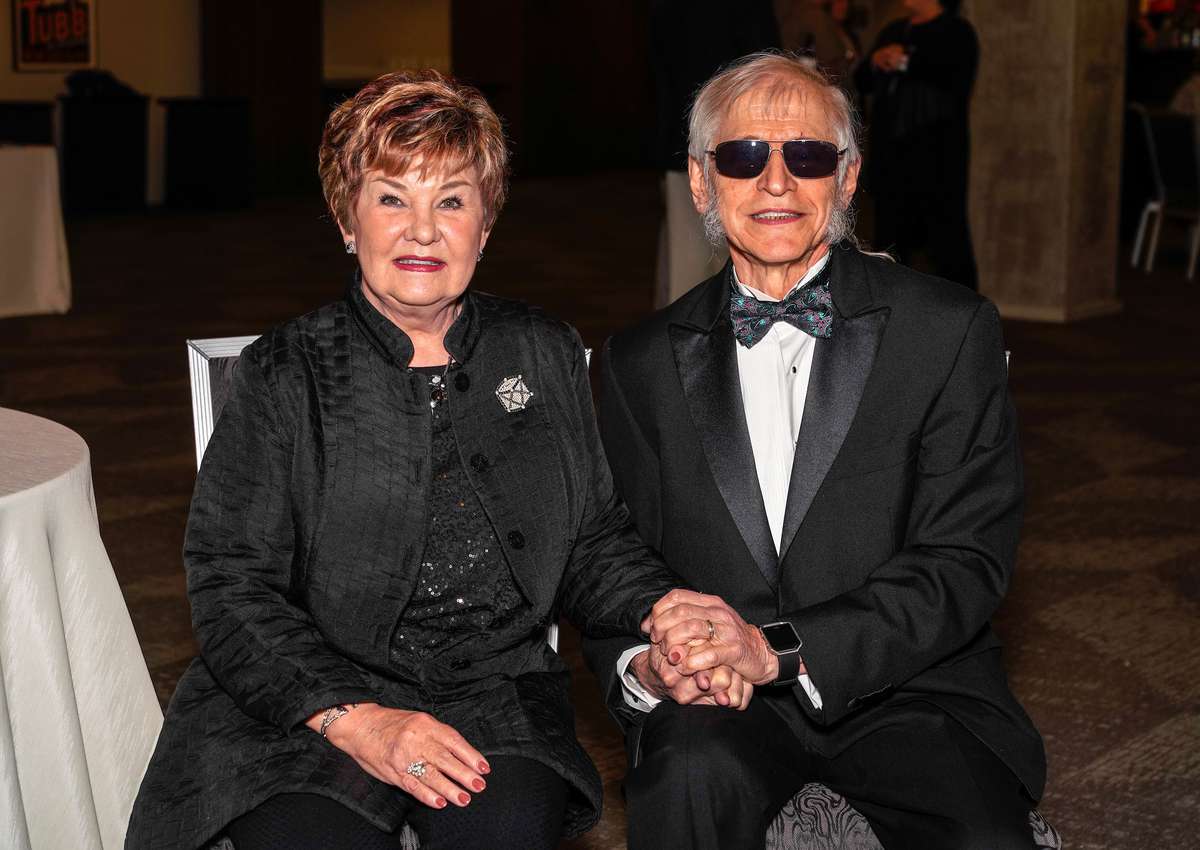 Dinah Gretsch Celebrates 40 Years In The Music Industry In Nashville With Family, Friends and Musicians

Many women who blazed the trail in the music industry have been honored within the walls of the Country Music Hall of Fame and Museum in Nashville. You can now add Dinah Gretsch to that list.

Family, friends and dozens of musicians recently gathered for a special dinner party at the museum to honor the Gretsch Company’s First Lady and celebrate her 40 years in the music industry. Music, of course, was in the air throughout the evening, and musical director Bob Sabellico arranged an all-star lineup of performers including Steve Wariner, Doyle Dykes, Todd “Banjoman” Taylor, John Knowles, Fred Mollin, Nik and Sam, Sean Weaver, and many more.

Wariner, playing his new Nashville Gentleman Signature Gretsch guitar, provided one of the many musical highlights of the evening by performing “That’s Just What Happened To Me,” a touching love song dedicated to Dinah and Fred. He also shared that it was the first time he had ever performed the song live.

During a brief program, Dinah was praised for her many efforts to enrich children’s lives through participation in music, especially through her Mrs. G’s Music Foundation and 20-year involvement with the Georgia Music Foundation.

Fred Gretsch also spoke and highlighted his wife’s many attributes.

“She has a heart of gold and plays a huge role with the worldwide family of musicians, music lovers, family members, Gretsch artists and fans,” Fred shared. “She’s a wonderful mother to six children, 16 grandchildren, and four great-grandchildren. She’s also a great wife and a terrific cook too.”

Regarding Dinah’s many business contributions to the Gretsch Company, Fred described his business partner as “an organizer extraordinaire, a financial whiz, a Bigsby team lead, an educator, and the most important half of the Gretsch Company’s Dynamic Duo.”

With Doyle Dykes fingerpicking “Someone’s in the Kitchen with Dinah” on a Gretsch White Falcon, Dinah took a few minutes to thank everyone for coming and shared how great it has been to work with her husband, as well as her daughter, and be part of a successful team for the past 40 years. She also shared what an honor it is to work with the hundreds of musicians who support and play Gretsch drums and guitars.

“What’s most rewarding to me, though, is being able to give back and touch children’s lives and hearts through music and the instruments we make,’ Dinah said. “I wanted to start a ukulele program earlier this year for nine- and ten-year-old children. Now we have multiple ukulele clubs for students of all ages, with some meeting and playing together after school. How awesome is that?”

Dinah, who currently serves as the Executive Vice President and Chief Financial Officer of the Gretsch Company, joins a list of other great Gretsch women who have contributed to the success of the family business, but she’s the first to work full time in an executive role.

Dinah concluded her remarks by saying, “To think that this company is 136 years old, and that I’ve been a part of it and was also a main part of it when we purchased the company back from Baldwin Piano Company to bring it back into the Gretsch family, it’s been so very special.”

All Photos by Ed Rode.