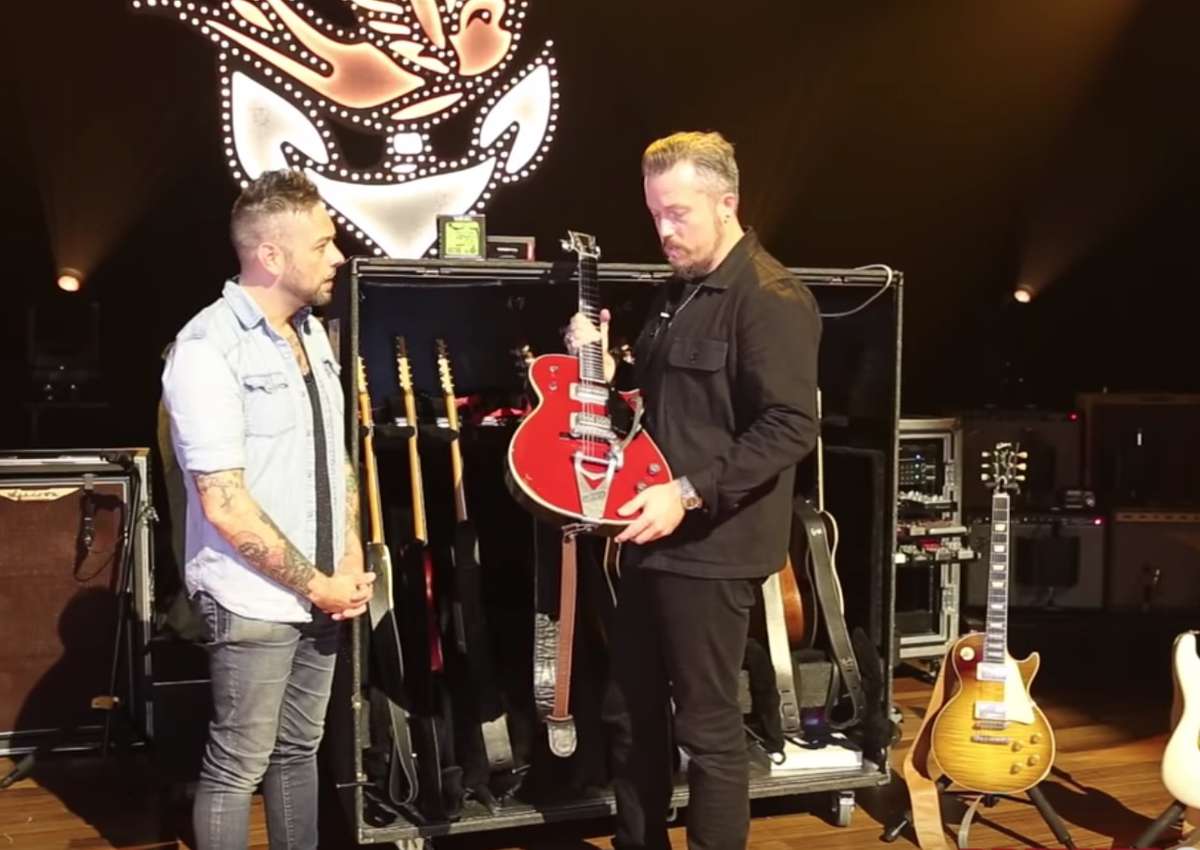 Premier Guitar’s Perry Bean caught up with Jason Isbell of The 400 Unit for an episode of Rig Rundown and a peek at Isbell’s gear, including an incredible ’59 Gretsch Jet Firebird that once belonged to a decorated music producer.

“It used to belong to Peter Stroud at 65amps … he owned this guitar and then sold it to [six-time Grammy Award-winning record producer] Dave Cobb,” said Isbell. “Dave told me at one point if my records sold a certain number of copies he’d give me this guitar — because I don’t think he thought they would [sell]!”

“It’s beat up pretty well in all the right ways, and it’s a Gretsch so it is temperamental,” said Isbell. “But when you get it to the right spot, nothing sounds like it! The thing I like a lot about these [Filter’Tron] pickups is it sounds like you have the guitar miked and the amp miked … it sounds different than anything else.”

Watch Isbell’s full Rig Rundown below, and catch him on tour here.