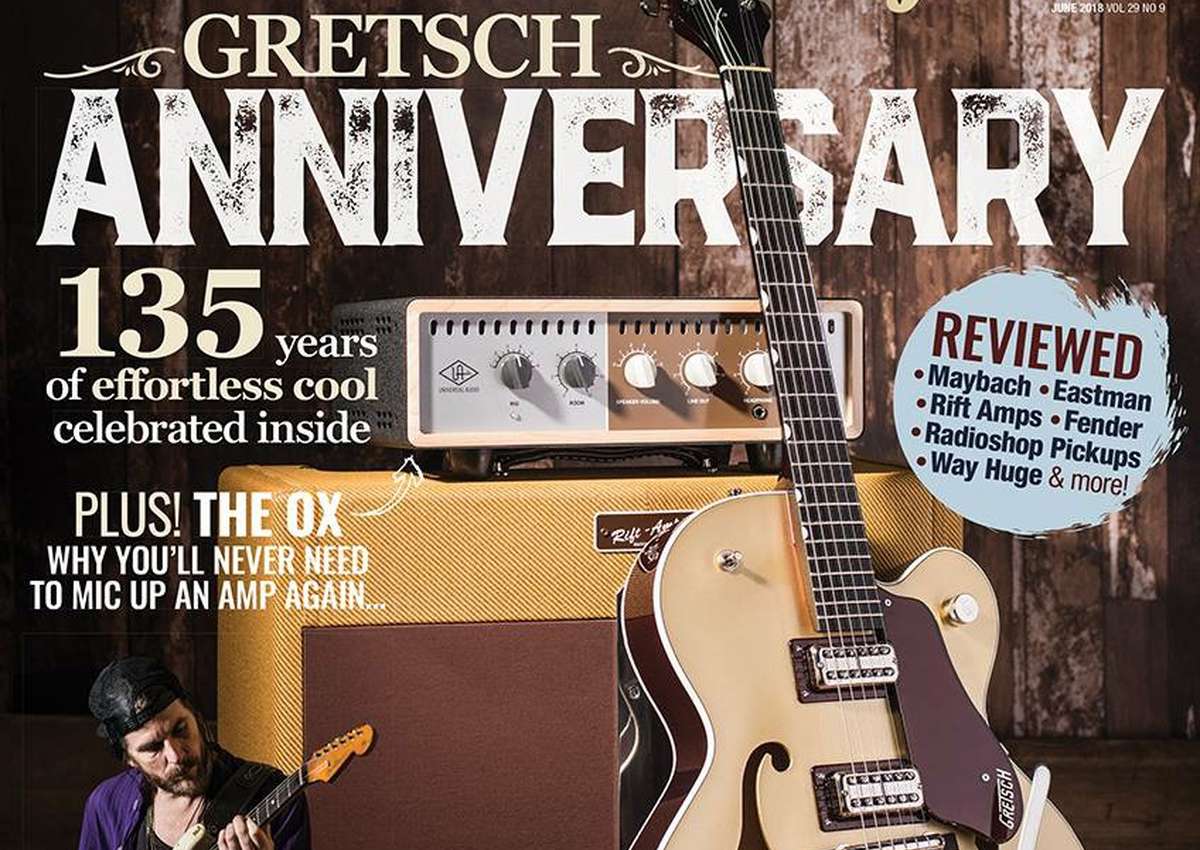 Our Gretsch Limited Edition G6118-135 Anniversary™ model is front and center on the cover of The Guitar Magazine‘s June issue— in celebration of “135 years of effortless cool.”

The issue includes an in-depth review and side by side spec comparison of both the Anniversary model and our G5420TG Electromatic® 135th Anniversary LTD Hollow Body Single-Cut with Bigsby®.

Noting that they’ve “often raved about Gretsch Electromatics and been consistently wowed by sheer quality of the Players Edition Anniversary,” the reviewer opted to take a head to head comparison of these commemorative models.

The two instruments are offered at two very different price points, and yet both came away with 9/10 ratings.

“Both guitars sound unmistakably Gretsch-like and really couldn’t be mistaken for anything else. The Black Top Filter’Trons do a perfectly decent job and while the High Sensitives in the G6118 are brighter, growlier, clearer and twangier, we enjoy playing both sets.”

Pick up the issue here to read the full side by side comparison.