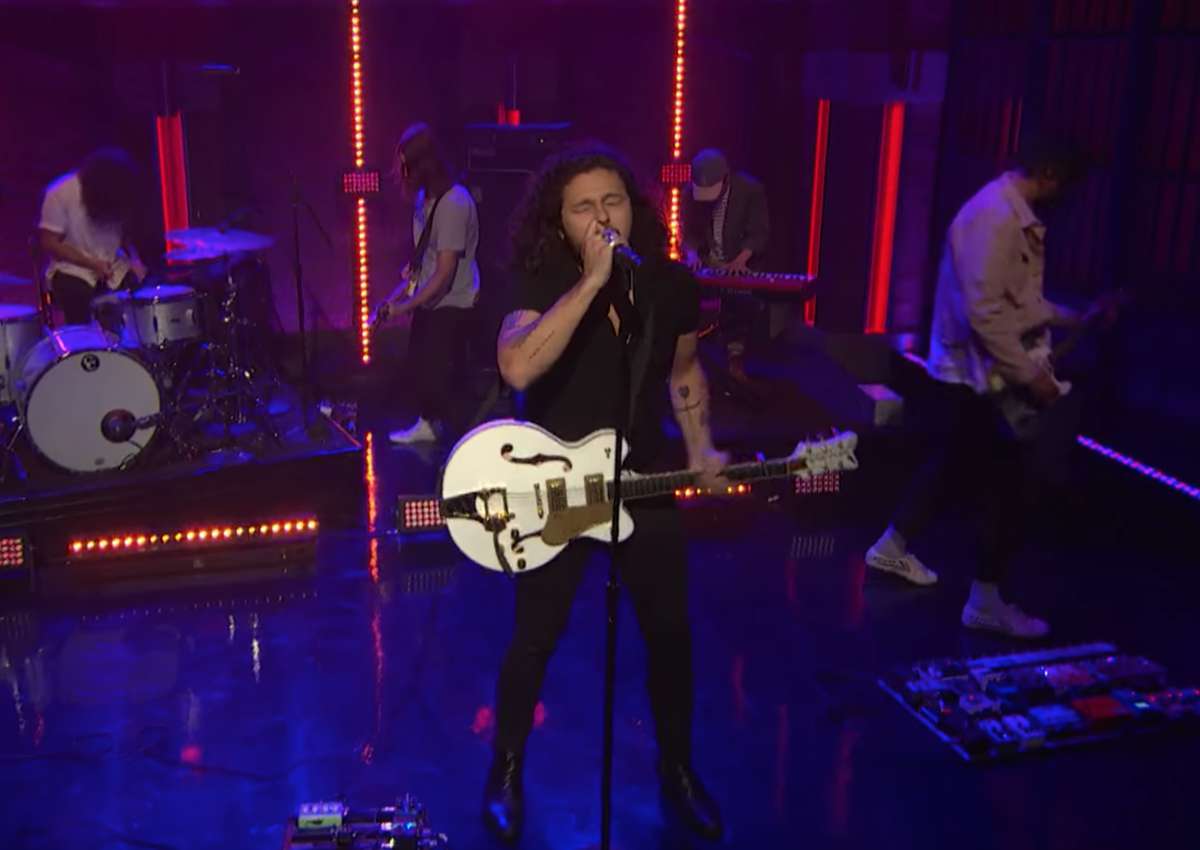 Australian indie rockers Gang of Youths made their U.S. television debut on Late Night With Seth Meyers this week, where they gave a rousing live rendition of “What Can I Do If The Fire Goes Out” off second studio album Go Farther In Lightness.

After honing their electrifying live show  on the stages of Australian festivals and venues over the last few years, Gang of Youths just kicked off a quick U.S. tour that began with a string of appearances at Austin’s annual SXSW music festival.

Find out where you can catch them on tour here, and be sure to enjoy the Seth Meyers appearance below as singer David Le’aupepe attacks his Gretsch Players Edition G6636T White Falcon.