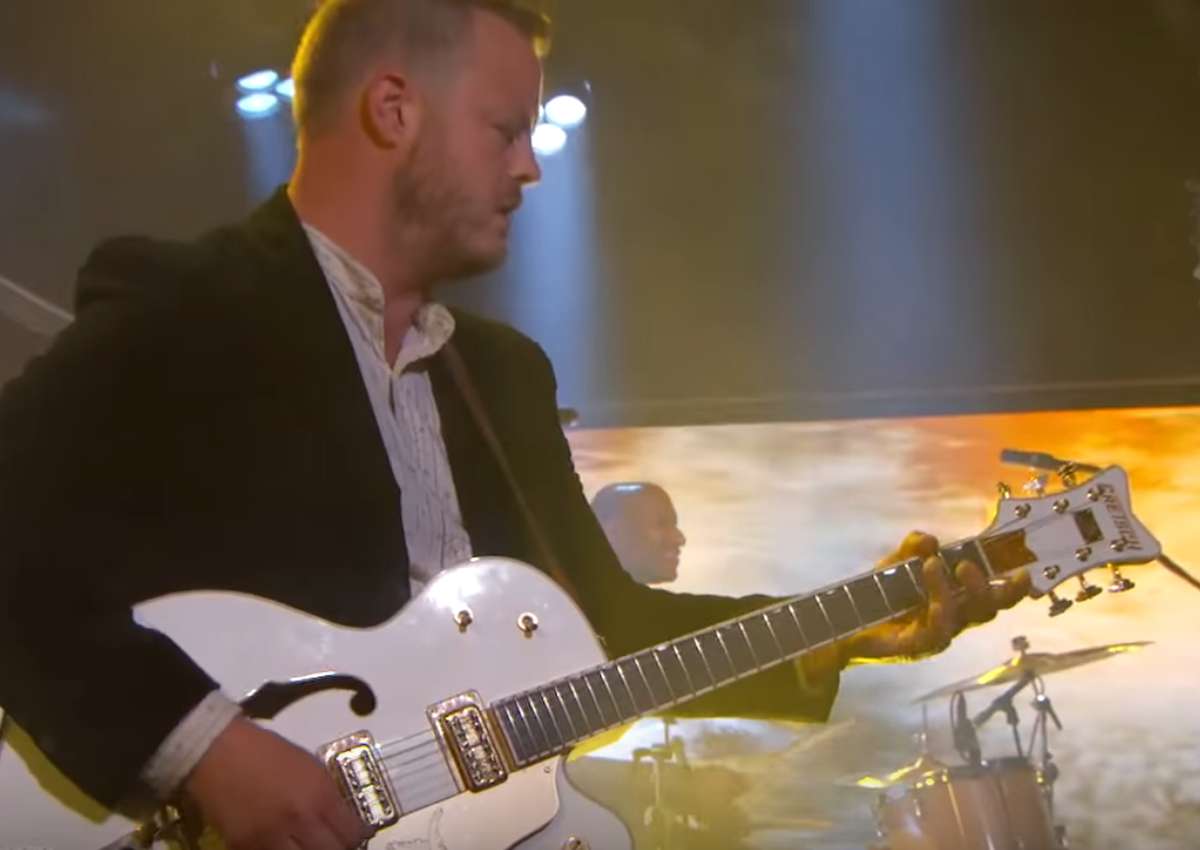 The Brooklyn band demonstrated their Americana grit and spirit with a rousing performance of “Time’s Always Leaving” that had the studio audience clapping along.  As part of the Jimmy Kimmel Concert Series, Lone Bellow also performed the soulful track “Deeper in the Water,” which highlighted their trademark lush harmonies.