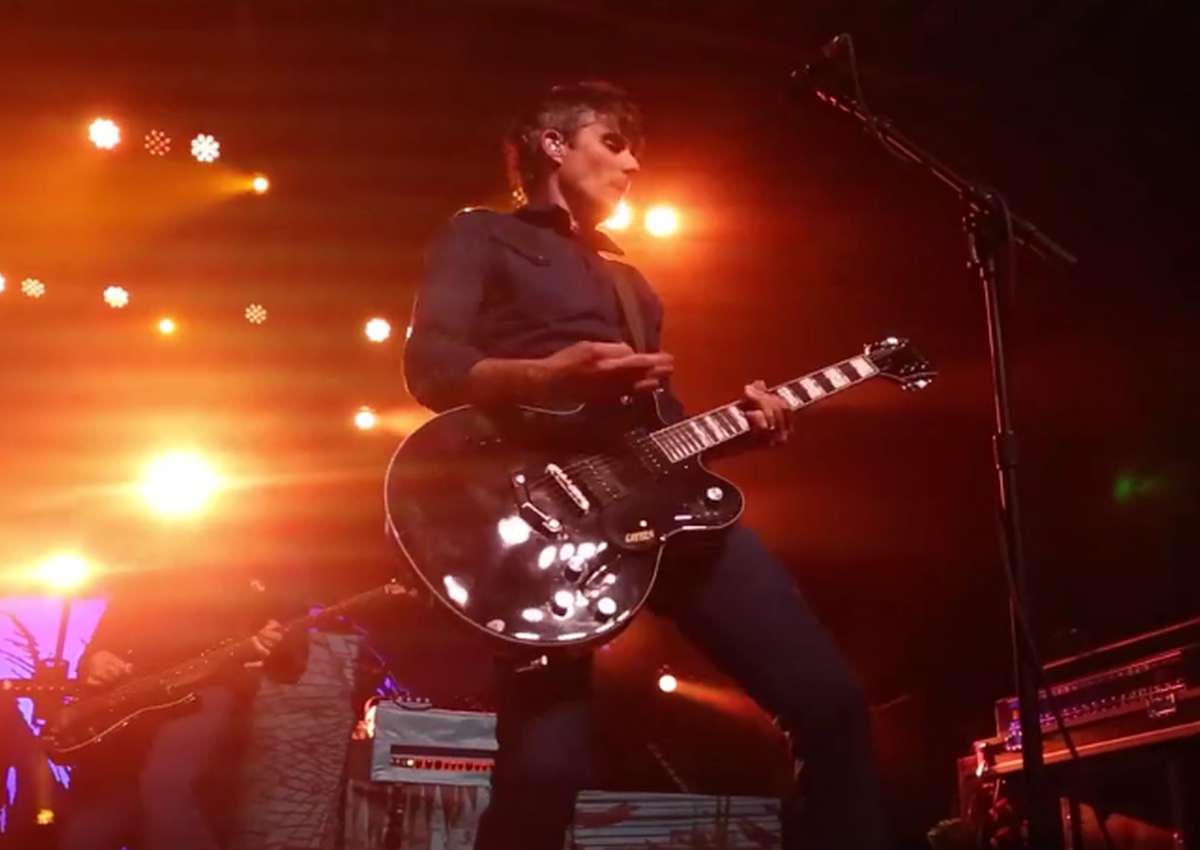 So smitten by a photo of Mötley Crüe decked out their in spike costumes, a fourth-grade Keeley Davis asked his guitar-playing dad how much it would cost him to play a show in front of everybody? Finding out that it worked the other way around was a jaw-dropper.

Drawn to that rock and roll lifestyle from that moment on, Davis also had a natural affinity and connection to playing guitar and over the years, he’s played a variety of different axes.

A Gretsch Electromatic guitar has been part of his arsenal for several years now in the recording studio, but Davis was looking for something after joining El Paso post-hardcore punk act At the Drive-In and started work on latest album Interalia.

“I’ve been in this band for about a year; I hadn’t played on previous records, and I was trying to capture what the previous records had, which was the humbucker sound and pretty in your face,” Davis explained in the exclusive Gretsch video interview below. “I just happened to look at Gretsch and I saw this (Streamliner) guitar had just come out. So, I saw that first off it was not as deep (as his Electromatic) and it had the fixed bridge and the humbuckers, so I was like, ‘I definitely have to try this out.’ I am huge fan of there not being a strap on the back of the neck. I play kind of low, so I’m not a fan of the floppiness. So that brought me to it. I got this guitar and I immediately felt super comfortable. I had played the same guitar for 10 years and then tried this. The position of it and the neck feel — I quickly understood this guitar.”

Davis has since collected a G2622 Streamliner Center Block in a custom Torino Green finish and also a Black version that he swapped out the pickups on.

“We started and a new record and wanted to keep it very similar to the last record,” said Davis. “As I was playing these parts, I kept hearing more of a single-coil sound. So then, I got this black one.  Then we threw some, I think they call them T-90’s, so it’s like a P-90 version with the single-coils. This thing really cuts as the humbucker will definitely sustain and it’s really fat. This thing kind of rips your skin a little bit and it’s angry. I like that. I like that it’s noisy. I like everything about that.”

Hear more about the features of the Streamliner Collection and how Davis leverages those for At the Drive-In by watching the full interview below ..