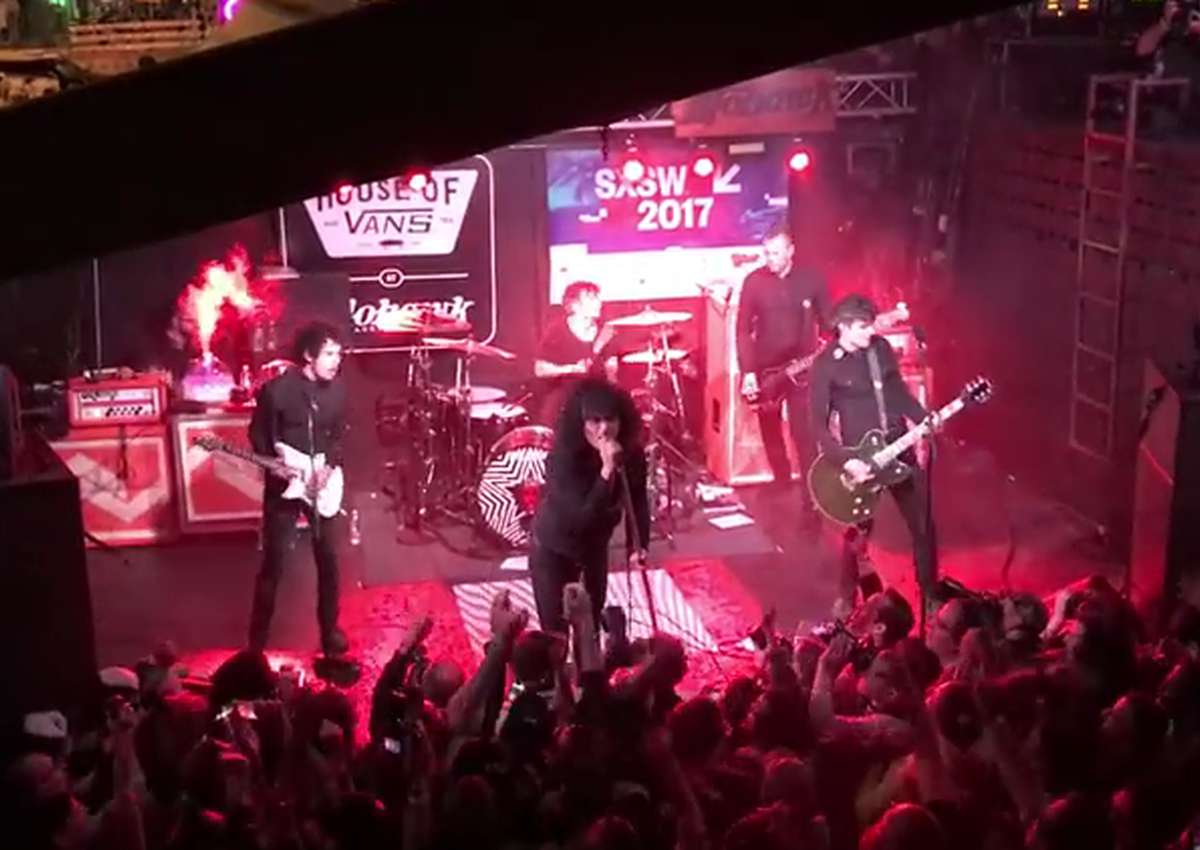 After many years of SXSW rumors, legendary El Paso rockers At the Drive In finally put in a surprise appearance last week at the House of Vans SXSW Show at the Mohawk in Austin.

The Cedric Bixler-Zavala led act predominantly focused the 50-minute setlist on material from 2000’s Relationship of Command, which inspired many a stage dive and a few crowd surfs by the singer himself.

Check out some clips below of the show featuring guitarist Keeley Davis on his Gretsch Streamliner.