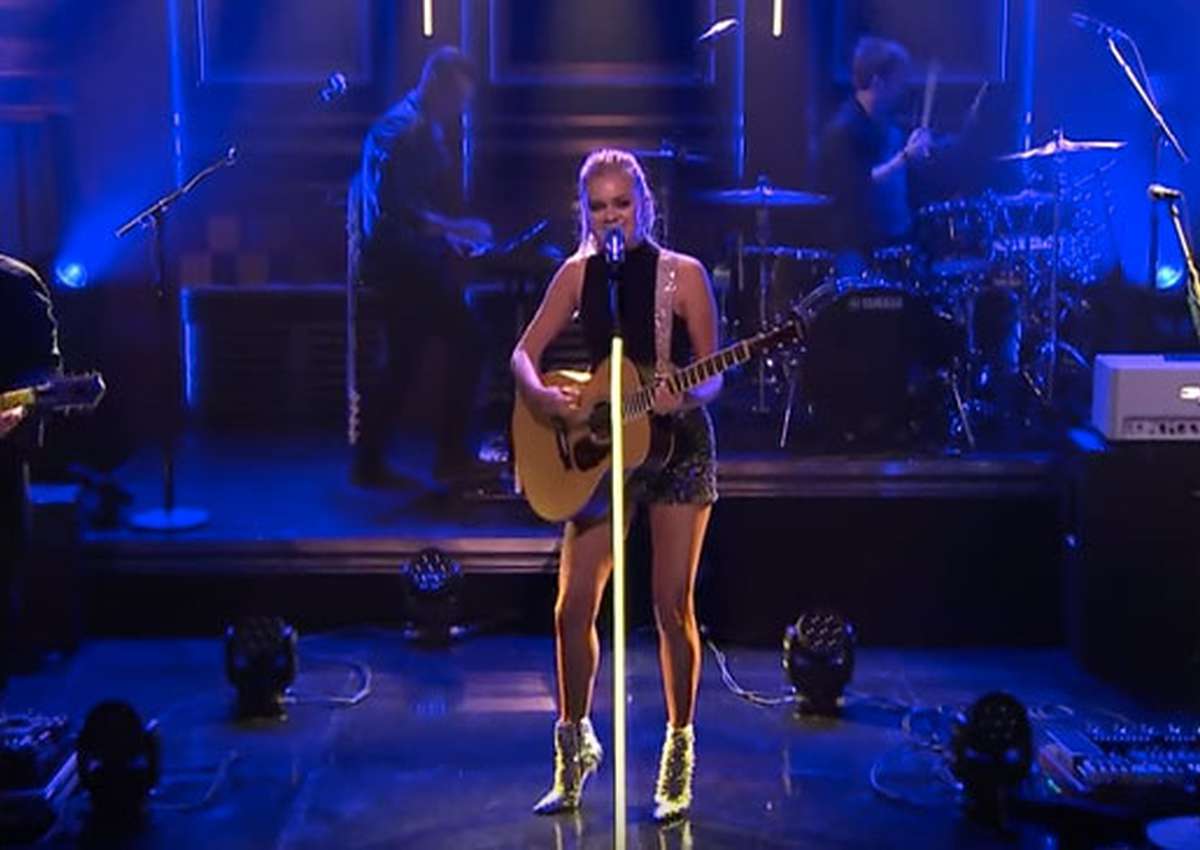 It’s been a big month for Ballerini, who performed as one of the nominees at the Grammy Awards Show and then was nominated last week for Academy of Country Music Awards for Female Vocalist of the Year and Video of the Year.

See why she’s one of country’s hottest female artists in the clip below, featuring guitarist Reid Johnson who switches midway thru the song from banjo to a Gretsch G6609TG Players Edition Broadkaster in Vintage White.