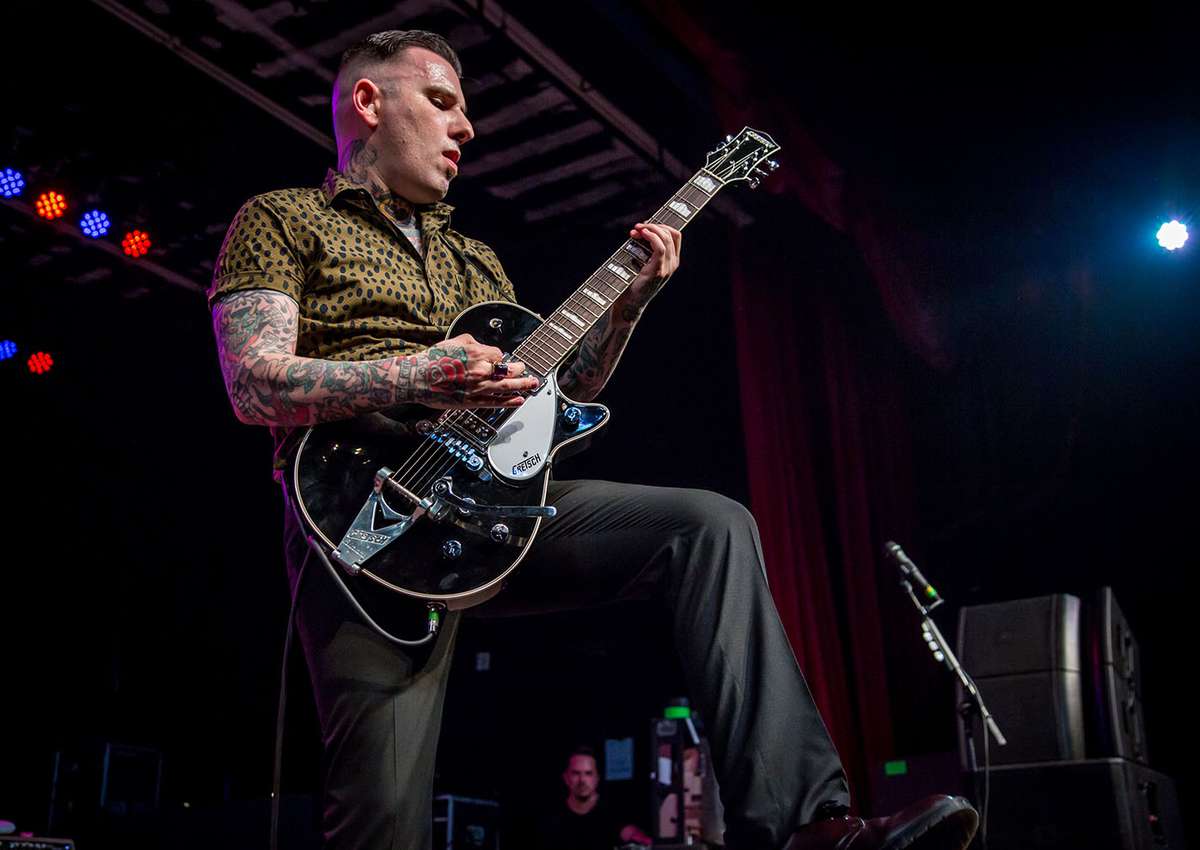 Can you recognize a Gretsch guitar when you hear it on a recording?

Tiger Army frontman Nick 13 sure can.

“I always know it when I hear it,” he explains in this exclusive video with Gretsch. “There’s not that many guitars that you can tell right away that that’s what it is.

“There’s an emotional quality to just hearing something played with that tone that gets me in a way that no other guitar really gets me.”

As such, the rockabilly has gathered a nice collection of Gretsch guitars — from a George Harrison Duo Jet to a White Falcon.

He discusses some of his favorites, along with some of each guitar’s key features in the package below and how he uses them live and in the studio.

Nick 13 also explains why Gretsch is a “rock and roll guitar,” and talks about some of the guitarists who have influenced him.

“I’m mostly attracted to stylists,” he says. “Not necessary what they are playing, but the person that thought of approach – Duane Eddy is a huge one. A little later on in punk, Jonny Ramone, again not about tech. Billy zoom of course, fact that he was coming from rockabilly and in overdriven new way for that style of music. Ron Emory, TSOL was always a favorite of mine.”

Watch below to learn more …