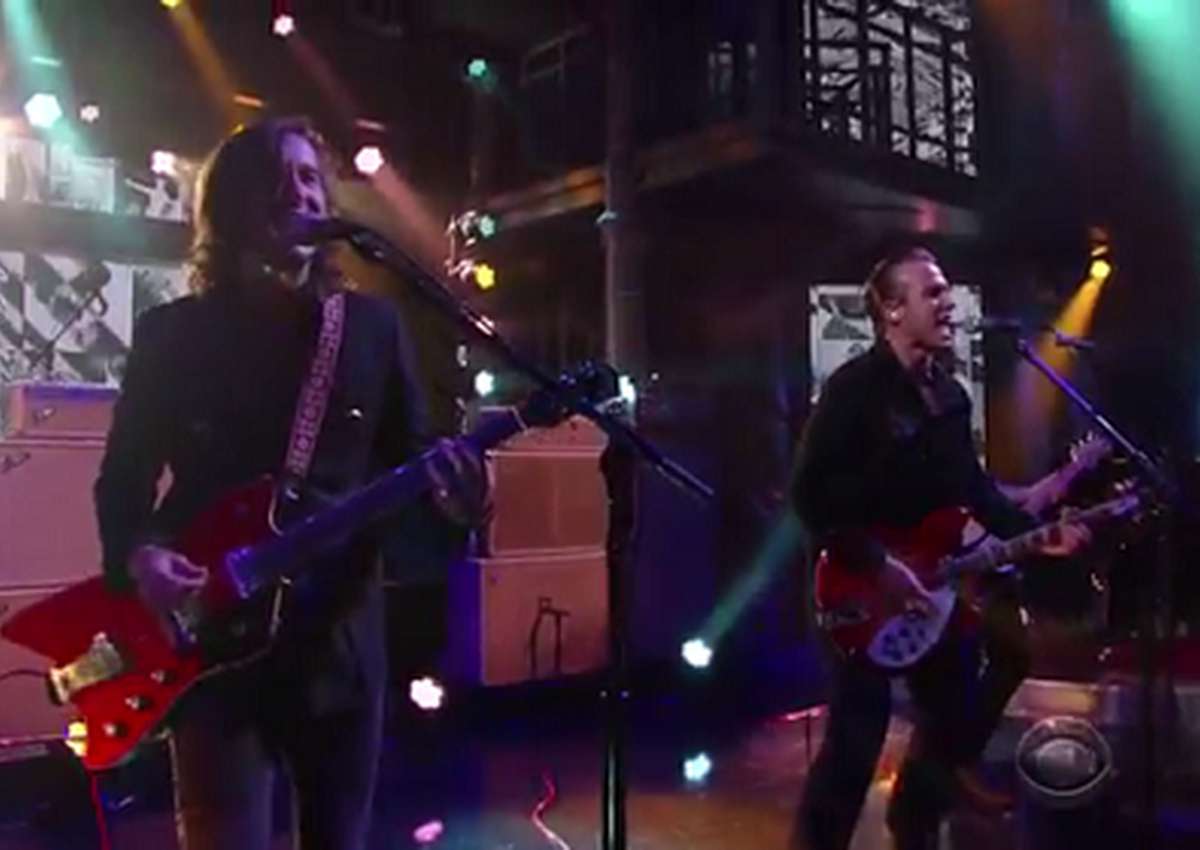 The Shelters Make Television Debut on The Late Show

The Shelters made their television debut on The Late Show with Stephen Colbert Wednesday night, performing infectious single “Rebel Heart.”

The young band is enjoying steady buzz since releasing their self-titled album last month. Having gained a reputation for their energetic live shows, this late-night slot offered them a chance to showcase their signature retro style and sound to a much wider audience.

Watch the Shelters performance below, and check out guitarist/singer Chase Simpson with his Gretsch Billy Bo.