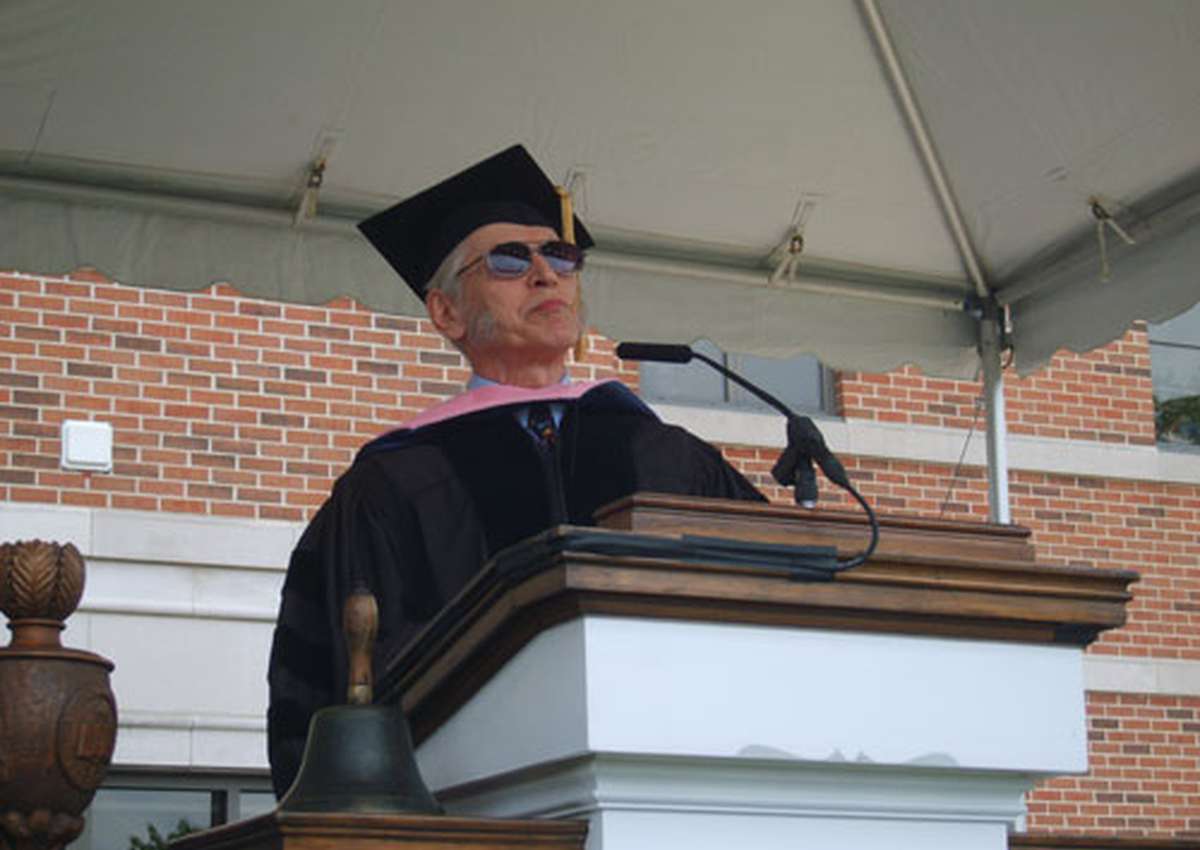 Fred W. Gretsch, fourth-generation leader of a family business that has helped shape American music history, was presented with an honorary Doctor of Music degree from Elmhurst College at the school’s Spring Commencement over the Memorial Day holiday weekend.

An Elmhurst alumnus, Gretsch is also president of the Gretsch Company, which was founded by his great-grandfather in 1883 and continues to make guitars and drums for musicians who appreciate “That Great Gretsch Sound,” top-quality craftsmanship, and classic style.

Elmhurst College confers honorary degrees on individuals whose commitments and achievements embody the College’s mission, vision, and core values. Fred Gretsch was recognized for his ongoing contributions to the music industry, as well as to his and his family’s stated mission, which is “to enrich people’s lives through participation in music.”

Fred, his wife and business partner Dinah, his family company, and the Gretsch Foundation have been generous supporters of Elmhurst College and its Department of Music. That support has funded a variety of scholarships, as well as the state-of-the-art Sylvia and William Gretsch Recording Studio (established in 1987 to honor Fred’s parents). In 1993, the Gretsch Electric Guitar Ensemble became a regular element of the music program, and in 2015, arrangements were made for the music department’s ensembles to perform exclusively on Gretsch drum kits. Gretsch has also been a major supporter of the annual Elmhurst College High School Invitational Jazz Festival.

“Fred Gretsch’s support has helped us develop one of the top music business programs in the country, from the Gretsch Music Business Student Scholarship fund to his multiple gifts that have allowed us to build and continually upgrade our state-of-the art Gretsch Recording Studio,” said Elmhurst College Music Business Program director Tim Hays. “The College, the Music Department, and generations of students have benefited from his vision and generosity.”

Vice President for Development and Alumni Relations Joseph Emmick added, “We’re pleased to honor Fred Gretsch. Who better to receive an honorary degree than someone who has distinguished himself in his service to the musical community? Fred and Dinah together form one of the music industry’s most formidable teams, and their international success enhances Elmhurst College’s reputation across the globe.”

After receiving his honorary degree Fred Gretsch said, “I’m grateful and I’m honored. When it comes to enriching people’s lives through music around the country and around the world, I recognize that Elmhurst is a great place to start. I look forward to working with the college to create more music-makers in the generations ahead.”