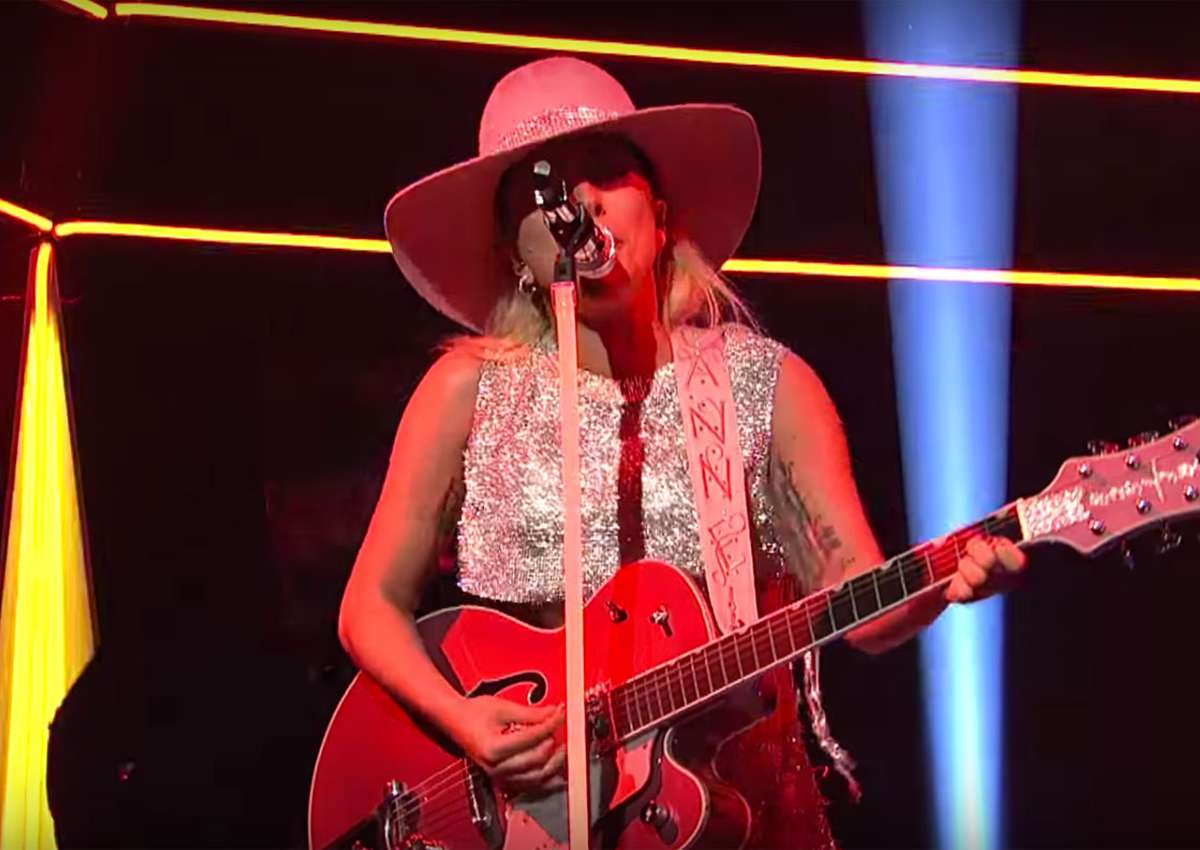 Lady Gaga celebrated the release of new album Joanne with an appearance on Saturday Night Live where she performed “Million Reasons” and a feverish rendition of country-pop-disco single “A-Yo.”

Gaga got an assist on guitar for “A-Yo” from producer Mark Ronson, and as the song progressed, the songstress went from shimmying across the stage floor to grabbing her own six-string — a Gretsch Limited Edition Falcon in Rose Metallic.

The same guitar also made a solid appearance in Lady Gaga’s new video for Apple Music.

Check out both clips below …