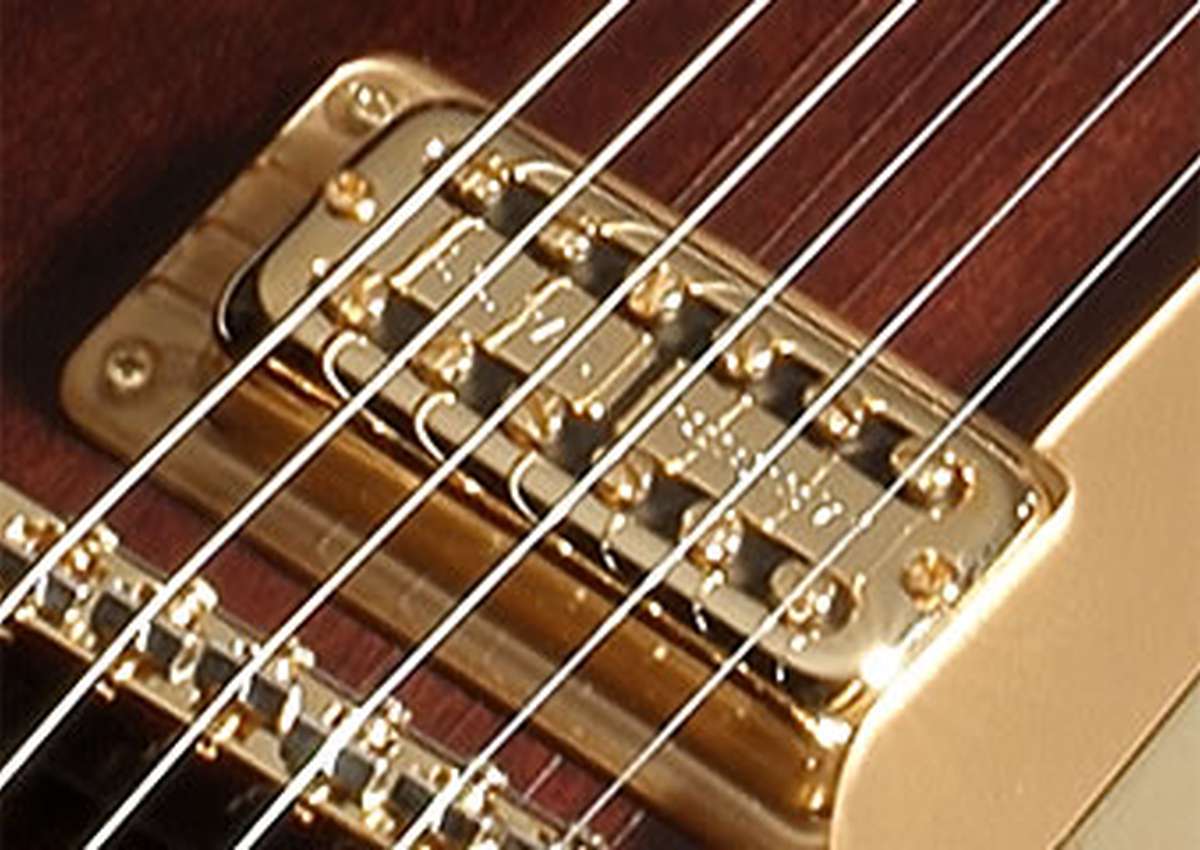 No, those aren’t the futuristic names of a new group of superheroes.  In fact, they are three of the main types of pickups that are used in Gretsch guitars.  Whether you’re looking for twang, bite, jangle, or chime, chances are one of these babies will do the trick.

In the latest edition of GretschTech, we take a look at some of the pickups that were found on the Gretsch guitars of years past.

While there have been other pickups to inhabit Gretsch guitars, here are the three main pickups associated with that signature Gretsch sound:

Brought on in 1957 at the NAMM show, Filter’Trons were developed by Ray Butts for Chet Atkins himself.

Gretsch began production of the Butts-designed pickups, which the company christened the “Filter’Tron Electronic Guitar Head,” so named for its interference-filtering capability. It may well have actually been the world’s first humbucking pickup, but Gibson had concurrently introduced its own humbucking pickup design and was first to receive a patent for it.

The Filter’Tron head has two sets of six adjustable screw pole-pieces.  But even if the player doesn’t choose to adjust the pickup, the dual-coils are designed to “filter” out the hum that sometimes comes with single-coil pickups without getting too muddy.

Several Filter’Tron variants have appeared over the years. First came the Super’Tron of circa 1964-1980, which was a hotter pickup with dual blade pole pieces that ran the width of the pickup (rather than six individual pole pieces). It appeared on Gretsch’s late-’60s Monkees guitar and high-end models such as the Country Gentleman™ and the Viking. The only current Gretsch model with a Super’Tron pickup is the G6122-1959 Chet Atkins Country Gentleman, which features a TV Jones®-made “Super-Tron Classic” neck pickup. The subsequent Super’Tron II used several thin blades to make up the two pole pieces.

So-called “blacktop” Filter’Trons appeared on Baldwin-era Gretsch models from circa 1970 to 1981. Basically, these were Filter’Tron pickups mounted in HiLo’tron (see below) open-topped metal frames, with the pole pieces concealed beneath a black plastic cover. They often had less-expensive ceramic rather than alnico magnets, and they produced higher output than their predecessors of the 1950s and ’60s. In the current era, Gretsch re-introduced improved blacktop Filter’Tron pickups in 2011 on several Electromatic® guitar models.

Filter’Trons had ceramic magnets in the 1990s, too. When Fender assumed production, distribution and marketing of Gretsch guitars in early 2003, alnico magnets were re-instated for a better and more vintage-authentic sound; these modern pickups were dubbed “High Sensitive Filter’Trons.” Further, the G6119 Broadkaster Bass of the early 2000s featured dual Filter’Tron bass pickups.

The HiLo’Tron heads came along in 1958, quickly gaining a reputation for its broad range of tones – from “Brilliant Highs” to “Mellow Lows.”

Basically, HiLo’Trons were single-coil versions of the more prevalent Filter’Trons, without as much output. Relatively few Gretsch models were equipped with them, but that’s not to say that there weren’t notable examples in high-profile use – George Harrison carried the HiLo’Tron banner through the mid-1960s with his Tennessean sound, and the pickup was used on many Gretsch guitars through the ’80s.

Today, only a small number of current Gretsch guitar models are equipped with HiLo’Tron pickups; these are designated by an “HT” in the model name and include the G6119-1962HT Chet Atkins Tennessee Rose™ and the G6117T-HT Anniversary™.

“DynaSonic Pickups Yield a Tone of Incomparable Power and Fidelity!”

Originally known as the Gretsch-DeArmond Fidelatone, the DynaSonic single-coil pickup has been a Gretsch standard since the late ’40s.

With few exceptions, these “DeArmond Dynasonic” pickups were standard equipment on nearly all Gretsch guitars of that period. These had black faces, with the individual pole pieces and their individual adjustment screws arranged in two neat parallel rows (which often cause DynaSonics to be mistaken as humbucking pickups).

Several other pickup types are encountered less commonly on current Gretsch guitars and basses. These include: